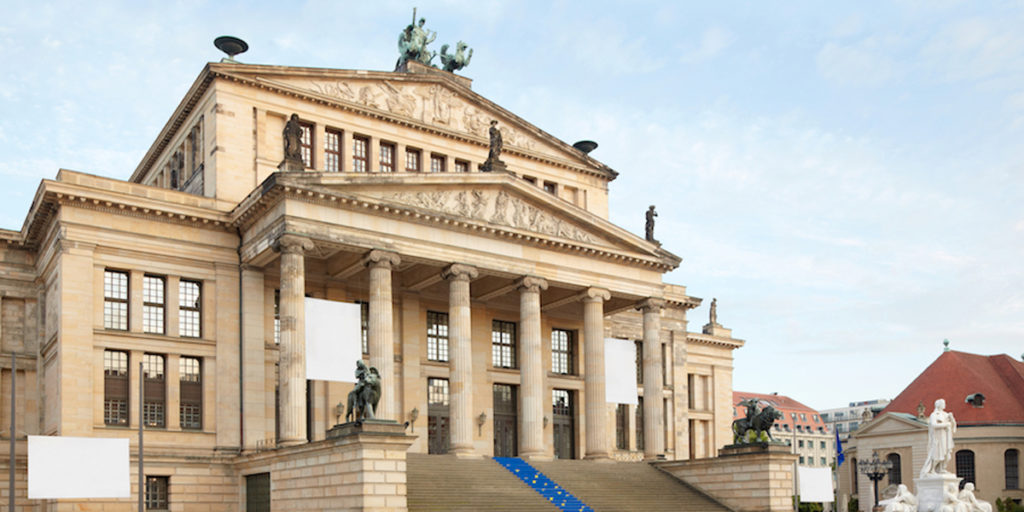 Over the years I have been fortunate to hear concerts performed in some of the greatest concert halls in the world. Especially when I worked as the great conductor Leonard Bernstein’s assistant. It was my good fortune to travel around the world and hear him perform with the greatest musicians in some of the greatest concert halls. I will say upfront that I have not been in every concert hall in the world and this is a very personal selection, and in no order of ranking. So in the coming weeks I will share my stories about those that I love the most. This week I will share my thoughts about The Konzerthaus Berlin.

I love this concert hall, I love the people here, and I love this audience. I’ll be back!” The great musician Leonard Bernstein said, and he was true to his word.

And I am grateful he was, because it is through him I have shared so many historic events and fell in Love with this wonderful concert hall.

First constructed between 1818 and 1821, it is considered one of the main works of Karl Friedrich Schinkel, perhaps the most important European Classicistic architects.

Schinkel only designed the exterior of the building we see today, however– it was reconstructed in great detail between 1979 and 1984 following its destruction in the war.

The Konzerthaus Berlin  is the centerpiece of the most beautiful square in Berlin, Gendarmenmarkt.

On November 23, 1943, a bomb fell on the building and destroyed the concert hall, while a fire devastated the remainder of the building on one of the final days of the World War 2 in April 1945. 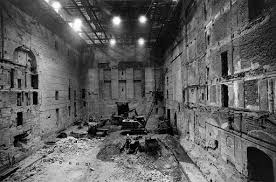 The interior, on the other hand, is a completely new construction – though its design is so artfully reminiscent of Schinkel’s time that it gives the impression of the original. Many people find it “kitschy” I myself love it and enjoy the ambiance it creates. 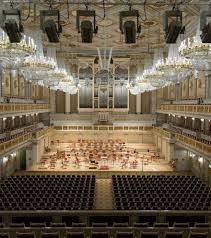 Leonard Bernstein first arrived at the Schauspielhaus (renamed the Konzerthaus Berlin in 1992) for the first time on October 10, 1984 with the Vienna Philharmonic as part of the opening concert season.

This became his first historic event, as he realized that the concert was reserved for “party members” only, he insisted that the general rehearsal be opened to the public.

It was In October 1987, when I was working as his assistant that he once again took to the stage of the Great Hall, conducting Amsterdam’s Royal Concertgebouw Orchestra three times. The occasion for these concerts was the 750th anniversary of the city of Berlin. He conducted Franz Schubert’s Symphony in C Major D. 944 and Gustav Mahler’s First Symphony in D Major. I remember these concerts as moving and received with great passion.

Little did we know that we would return to Berlin before the year was out. It was on November 9, 1989 that the Berlin Wall finally fell and the city of Berlin – after so many years of imposed division – was reunited. LB needed to be there, and so did I.

On December 25, 1989 Bernstein conducted one of the most historic concerts in the hall – “The Berlin Celebration Concert. “

He assembled and conducted an orchestra that had never existed in this form until then and since. On stage were musicians from both German states and those of the Allied Powers. Members of the London Symphony Orchestra, The New York Philharmonic, Orchestre de Paris, Orchestra or the Kirov Theatre as well as the Bavarian Radio Symphony Orchestra and The Sáchsische Staatkapelle Dresden.

The concert is remembered as a historic symbolic event. shared worldwide by a television broadcast. On the program: Beethoven’s Symphony No. 9 with the final chorus, whose text Bernstein changed for the occasion. “Ode to Joy” thus became “Ode to Freedom”. It was a day and a time I will never forget.

Happily to say, the wonder continues at the Konzerthaus, over the decades since that historic day, I have had the honor and pleasure to attend so many concerts in this wonderful hall. I Love the space, the public and the overall graciousness of attending concerts there. And in Berlin with 5 great orchestras, I always enjoy the performances of the Konzerthaus Orchestra conducted by leading conductors of the world including outgoing Music Director Ivan Fisher and newly appointed Music Director, Christoph Eschenbach, among others.

It was my great pleasure to work with Intendant Sebastian Nordmann and his incredible team to help organize the Homage to Leonard Bernstein in 2013. A month long tribute to a musician, that still lives within the walls of the Konzerthaus.

There are so many praises I could bestow on this Hall, the creative programming, the summer series Young Euro Classics – a festival of Youth Orchestras from around the world – (don’t miss it). But as always it is not just the space, but also the musicians, management, the ushers, and the public that make any hall a special place to be. And as I am now living in Berlin, I look forward to so many concerts in the special hall. 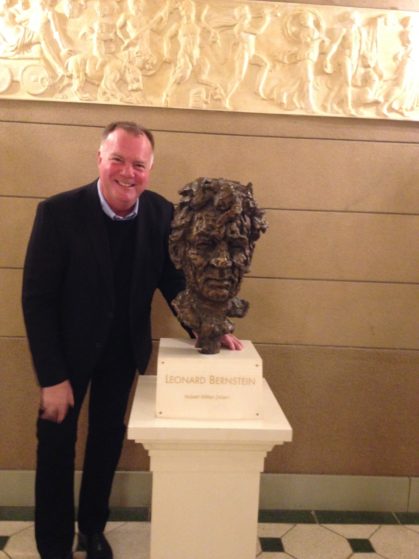