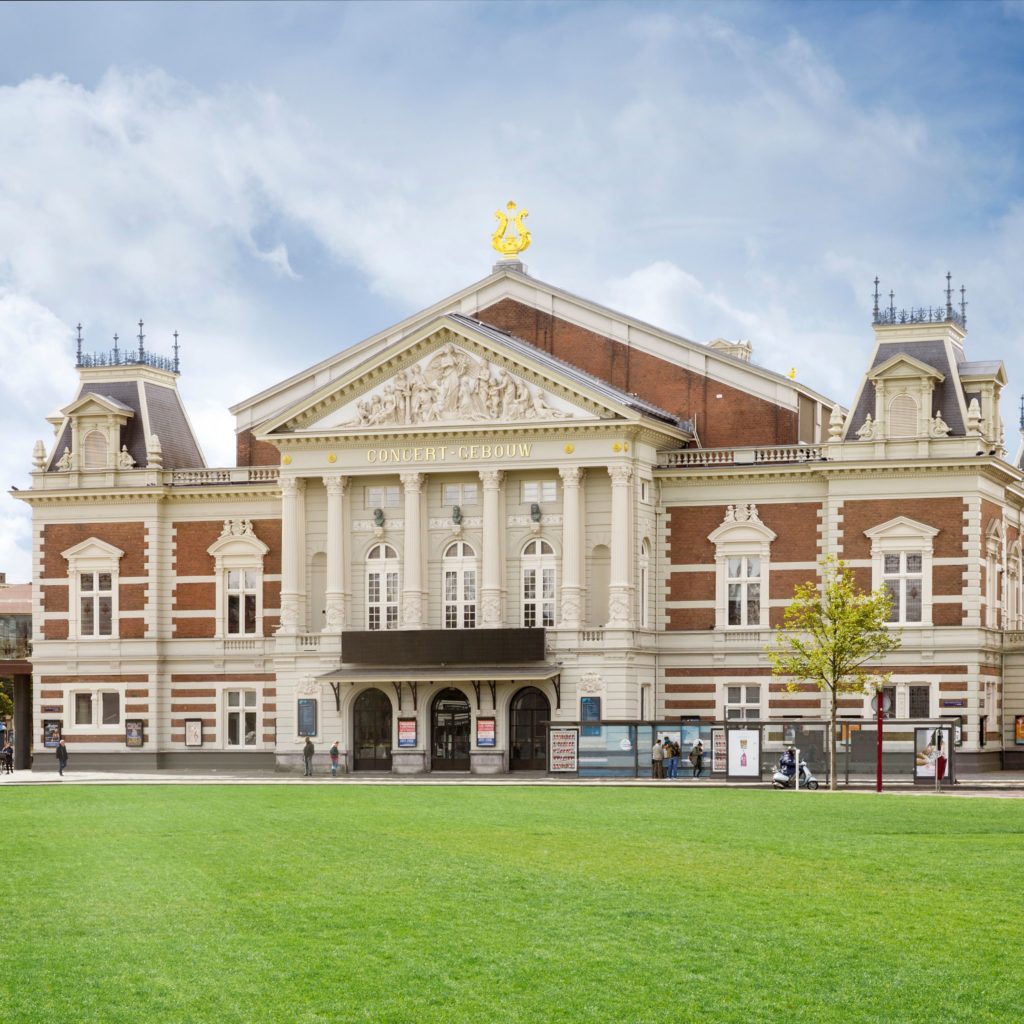 This hall like the Musikverein in Vienna and the Konzerthaus in Berlin share the same shape – referred to often as the “shoe box.”

The hall began construction in 1883 but did not open until April 11, 1888. The Hall has a very refined and clear acoustic, which makes it perfect for orchestral and vocal music.

The Main Hall seats 1974 patrons. It features a beautiful organ that was installed in 1890 and renovated in the early 1990s. This organ serves as the backdrop for the stage with seats on both sides that can be used for chorus or for patrons.

The conductor emerges at the top of a staircase and makes an entrance by descending the stairs to the podium. A rather dramatic effect. 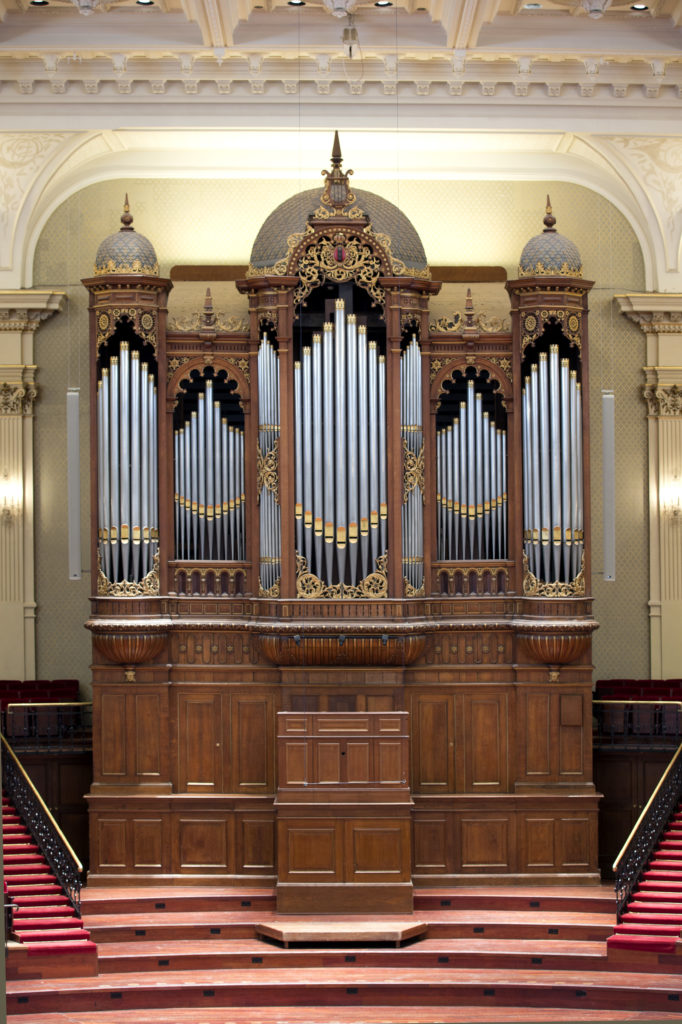 As with my other favorite halls, I was fortunate to hear Leonard Bernstein and the Royal Concertgebouw Orchestra (RCO) in many concerts.

In the early 1900s Mahler had many performances of his symphonies in Amsterdam. Mahler was better known as a conductor than a composer, so these performances were instrumental in changing perceptions.

So it was only natural that Bernstein was drawn to the RCO.

Bernstein in his final recordings of Mahler recorded Mahler Symphonies No: 1, No: 4 and No: 9 with the orchestra. He also conducted Des Kaaben Wunderhorn with soloists Lucia Popp and Andreas Schmidt. I was fortunate to be working with the Maestro for all but the 9th Symphony.

He also conducted Schubert Symphonies No: 5, No: 8 and No: 9 during the time I worked with him.

These were remarkable performances and I remember one performance of the 5th Symphony especially. The orchestra and Bernstein were one, the audience was spell bound no one was moving, and just before the final notes the applause began – I think the public could not believe what they were experiencing. This performance with a brief retake at the end is the performance you hear on the Deutsche Grammophon recording.

The symbol of The Royal Concetgebouw

The time spent in Amsterdam and the Hall was always of the highest artistic quality, and, it was also fun, after the concerts Bernstein of course met his public, something he is legendary for.

One evening Queen Beatrice of The Netherlands attended a concert. As if that was not thrilling enough, after the concert she decided to greet the Maestro in his dressing room.

Needless to say the group in the dressing room became very small. I remember like it was yesterday the two of them sharing a Scotch, Bernstein smoking and the two of them in conversation like they were the best of friends!

Even to day when I am in Amsterdam I make it a point to attend a concert in this remarkable hall, as it is always a special occasion. Given the right chemistry of musicians, conductor and repertoire, magic does happen.