MY FAVORITE CONCERT HALLS, PART 2: THE MUSIKVEREIN IN VIENNA 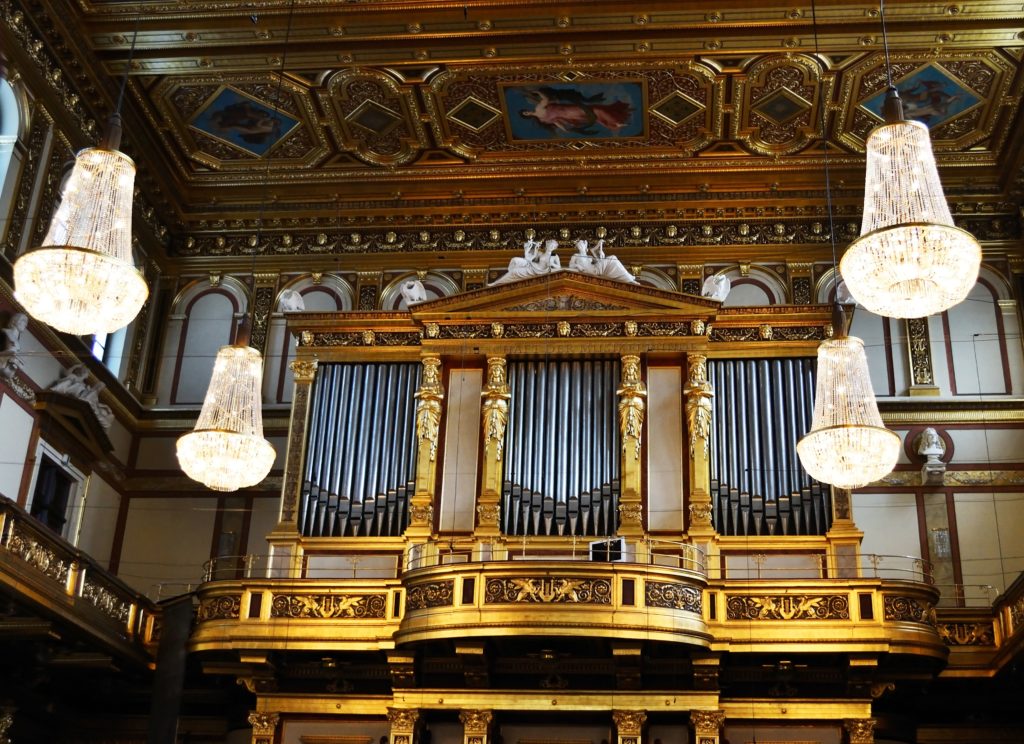 Over the years I have been fortunate to hear concerts performed in some of the greatest concert halls in the world. Especially when I worked as the great conductor Leonard Bernstein’s assistant. It was my good fortune to travel around the world and hear him perform with the greatest musicians in some of the greatest concert halls. I will say upfront that I have not been in every concert hall in the world and this is a very personal selection, and in no order of ranking. So in the coming weeks I will share my stories about those that I love the most. This week I will share my experience of The Musikverein Vienna.

The Musikverein Vienna  is another of my favorite concert halls in the world, and I have heard many wonderful and historic concerts here. This is such a special place in the world of music, as the ghosts of every great musician since it opening in 1870 wander the halls.

My first concert was in the autumn of 1986 when I was working as Leonard Bernstein’s assistant. Bernstein had a close relationship with the Vienna Philharmonic Orchestra and often performed with them in this hall.

The experience of entering the Great Hall, also known as the Goldener Saal, of the Musikverein Vienna is one a dazzlement. One is swept away by golden hues, the chandeliers, the warmth of the red accents, the bare breasted ladies who look as if they are carrying the weight of the hall on there heads.

It not a big hall, but not a small one either as its capacity is 1744 seats and room for 300 standing places (some of the most dedicated members of the audience.)

The hall itself is sumptuous without being garrulous, and radiates warmth that is immediate.

But what is most important is the sound. It is warm and alive, and every note can be heard. I like to say it’s like being inside a cello.

I have had many wonderful concert experiences in the Goldener Saal hearing some of the greatest performances by Leonard Bernstein, Herbert van Karajan, and others of that caliber.

I was even fortunate to attend the famous New Year’s Day Concert conducted by Mariss Jansons, on January 1, 2016.

Also, in the Musikverein is the Brahms Saal, which is a dream for Chamber Music concerts with seating for 600. The Brahms Saal shares many of the features of the Goldner Saal and many a wonderful chamber music concert has been heard here.

The Musikverein has also added 4 smaller halls in the lower level of the building where many chamber concerts; song recitals and other events take place.

It is however the great Goldener Saal one must experience at least once in their lifetime; there is no concert hall quite like it in the world.