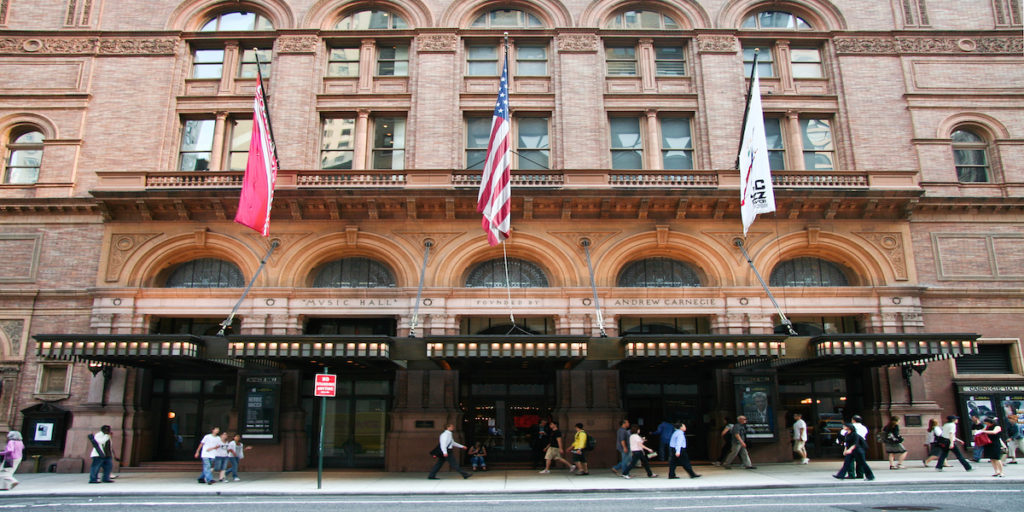 Over the years I have been fortunate to hear concerts performed in some of the greatest concert halls in the world. Especially when I worked as the great conductor Leonard Bernstein’s assistant.

So in the coming weeks I will share my stories about those that I love the most. Over the years I have been fortunate to hear concerts performed in some of the greatest concert halls in the world. Especially when I worked as the great conductor Leonard Bernstein’s assistant

I will say upfront that I have not been in every concert hall in the world and this is a very personal selection, and in no order of ranking.

So in the coming weeks I will share my stories about those that I love the most. Let’s start with Carnegie Hall in New York City.

I probably have heard more concerts in this hall, that in some ways it is my “hometown” hall, Though I no longer live in New York after 43 years.

I was first exposed to Carnegie Hall, like so many of my generation by watching Leonard Bernstein and the New York Philharmonic’s Young People’s Concert on our 1950’s black and white television. Even as a 4 year old in Michigan, the electricity came through our 20 x 20 television set! At that moment I knew I wanted to be there.

18 years later I moved to NYC – sight unseen – and the first full day I was in NYC (July 3, 1976) I went up to 57 Street to gaze at Carnegie Hall, then found the stage door on West 56 and boldly said to the gracious gentleman manning the door, “I am new in NYC and have wanted to see Carnegie Hall since I was 4.” And to my surprise he said, “come with me.”

He introduced me to who I now know was the House Manager who said, “Come with me.” And before I knew it I was standing on the stage of Carnegie Hall, which little did I know at the time would become and integral part of my life and still is.

When you enter the Hall history surrounds you – it was none other than Tchaikovsky who gave the opening concert! And then there are the legendary concerts – to numerous to list – of Artur Rubenstein, Vladimar Horowitz, Ella Fitzgerald, Judy Garland, and The Concert of the Century – to name a few. 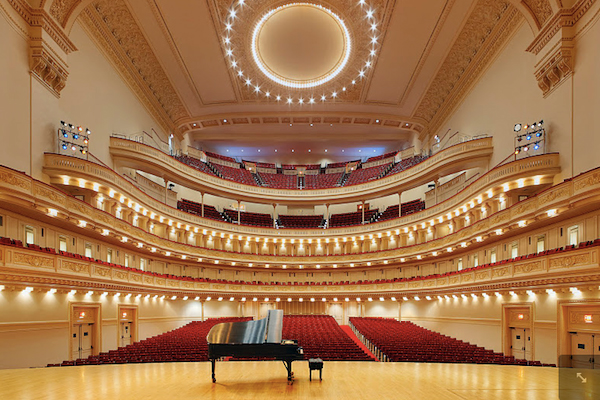 I remember the Hall (Stern Auditorium) before and after it’s renovation.

I attended so many  amazing concerts of the great orchestras, and musicians of the world.

The  Music for Life concerts that Bernstein organized to raise awareness and money to fight the AIDS Crises; were especially memorable.

At the reopening of the hall and being introduced to Frank Sinatra by LB himself.

And let’s not forget The Weill Recital Hall where I have heard so many friends do recitals and Zankel Hall where I oversaw a memorial for the legendary Public Relations Agent Margaret Carson.

A concert hall is not just a space but an experience, and the staff and management of this great hall all have something special.

The Executive and Artistic Directors have always been special people – Judy Aaron, Robert Harth, and Clive Gillinson, all stand out in my time.

I can not leave out all the others from the ushers to the legendary back stage hostesses Debbie and Diane as well as the whole team that makes the Hall so special and have been so graciously kind to me over the years.

It still is astounding to me that this great temple of culture was threatened by corporate greed for destruction in the 1960, to be replaced by some ugly red office tower.

Thanks to the great violinist Isaac Stern and others, it was saved for generations to come and is thriving in ways that Andrew Carnegie could never had imagined.

The acoustics in the Hall are uniquely NYC – yes, it is true, you can hear the subway pass underneath, sometimes at the most quiet moments!

But that’s New York City, there is no way to escape it, but being in Carnegie Hall you can transcend it.